A review of the United Kingdom’s leading public companies finds their boards lack ethnic diversity and recommends some challenging goals for change.

Focusing on the FTSE 100 companies, The Parker Review report – “Beyond One by ’21” – says only 8 percent of their 1,087 total director posts are held by people of colour. This compares with 14 percent of the UK population.

“As a general matter, the Boardrooms of Britain’s leading public companies do not reflect the ethnic
diversity of either the UK or the stakeholders that they seek to engage and represent.” 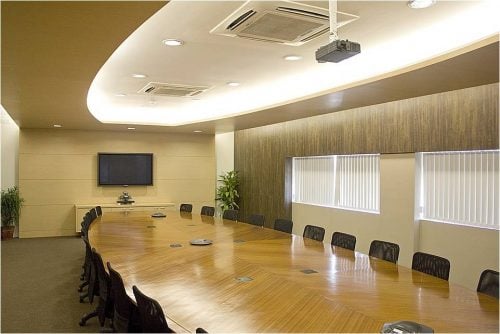 The Review says the boards of UK’s top public companies do not reflect the ethnic diversity of their stakeholders and the British public. Image: pixabay

To redress this “disproportionately low” ethnic minority representation in the boardrooms of Britain’s top public companies, the Review recommends that:

The Review also reveals that 53 of the FTSE 100 companies do not have any directors of colour on their boards and seven out of the companies account for over 40 percent of non-white directors.

If they are to compete and succeed in a diverse marketplace, UK companies need to understand and respond to cultural and demographic change, says the Review, as it highlights the dramatic shift the UK has undergone in the last 40 years.

Looking to the future, the proportion of people from ethnic minority backgrounds in the UK is projected to grow to 20 percent by 2030 and 30 percent by 2051.

Also, given that Britain’s top companies sell more outside than inside the UK, they need to understand how rapidly global demographics is shifting.

Over the next 35 years, half of the world’s population growth is expected to occur in just nine countries, five in Africa and three in Asia.

Sir John, who served as a member of Lord Davies’ review of “Women on Boards,” says:

“UK companies have made great progress on gender diversity but we still have much to do when it comes to ethnic and cultural diversity as a business imperative.”

He says he is confident that the review – which outlines practical issues and sets aspirational and realistic goals and timescales – will prompt business leaders to respond and act.

“This is not an exercise of tokenism; the recommendations are underpinned by strong industrial logic and the need for UK companies to be competitive in the increasingly challenging global marketplace.”

Systemic barriersEmployer groups have welcomed the Review. Josh Hardie, Deputy Director General of the CBI, describes the recommendations as ambitious but practical, and remarks:

“We have senior, talented people of colour working in our biggest companies. FTSE 100 and 250 firms must take action now to ensure these successful candidates are being selected to serve on their boards.”

Laura Hinton, executive board member and head of people at PwC, says:

“The progress on improving ethnic diversity in the boardroom has been too slow and it’s right that targets are being introduced to drive change.”

She explains that PwC learned a lot about systemic barriers to change when they tackled gender inequality. Many of the barriers are also relevant to ethnic minorities, such as lack of role models, inadequate provision of career sponsors, and fewer career development opportunities. She adds:

“At PwC we want to have an open conversation about race at work because until we can do that it will be hard to target action where it is most needed to make a difference.”

The Review – currently in draft form – is now open for consultation and debate amongst business leaders, regulators, and lawmakers. The final report will be published in 2017.