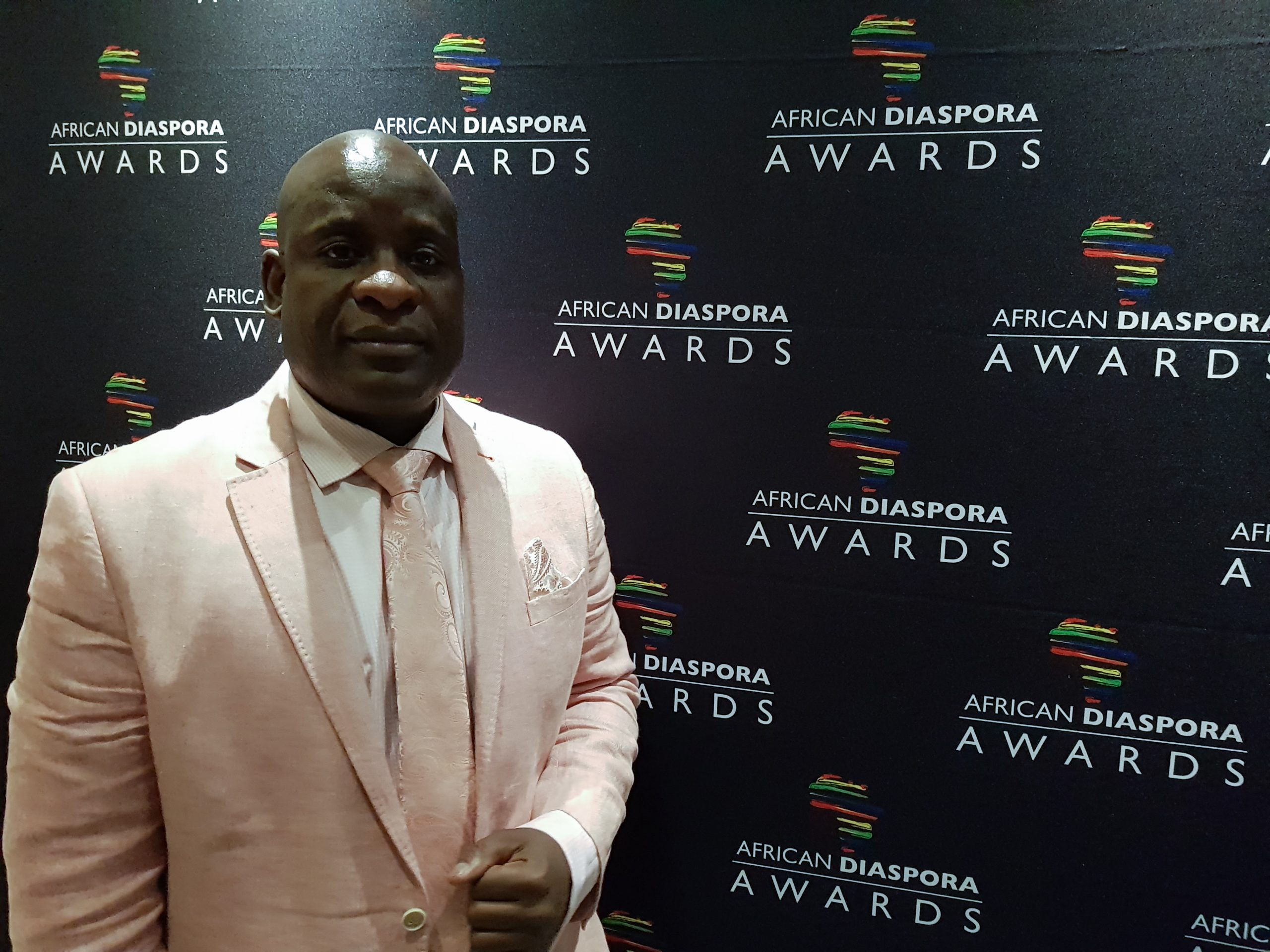 Willy Mutenza is a Ugandan-born, successful entrepreneur, philanthropist and community activist who turned his hobbies into a successful business. Moving from Sweden in the early ‘90s, Willy has lived and worked in London for the last 27 years. He graduated from the University of West London in 2000 with a BA in Digital Arts and Multimedia Computing.

After graduating, he put to use the skills he learnt in digital art computing and established Avidfx, a print and design agency, (now the Promota).  Initially, he became more renowned for the Promota Africa, one of the most popular, high-quality gloss and ethnic focused magazines in Britain which targets a broad African readership. As well as the Promota magazine publications, a separate division embraces printing, but to date he has expanded his business interests into a marketing agency, events management, private equity bridging and real estate developments in Uganda.

WillyMutenza is the managing director of one of the biggest ethnic marketing agencies with headquarters in the United Kingdom. He has operations in Denmark, Sweden, Uganda and Norway; his blue chip clients include WorldRemit, Western Union, MoneyGram, Brussels Airlines, Lebara and many African companies with interests in the Diaspora market.

Over the past 15 years, Willy has engaged the UK business community as a trade and investment consultant and advisor to the Ugandan Government and the Private Sector in that country.

He is an active advocate of diaspora-home engagement who has championed the annual Uganda UK Convention, a trade and investment event that turned out to be highly successful.

In 2011, Willy founded the Investment Uganda Convention in UK offering authoritative insight on development trends and opportunities in Uganda through a forum that brings together experts, senior government officials, business leaders, professionals and representatives from prominent organisations based in Uganda, the UK, Africa and internationally.

As Willy recalls, of paramount interest in his driving motivation to start into business was driven by his childhood dream to become a successful entrepreneur and ethical businessman, thus emulating his father who was a successful industrialist and businessman during the ‘70s. He has managed to reach a level of success although he states that he would have done better if his father had not been killed during Obote II regime of the ‘80s.

He states that he has been through a lot of challenges to persist as a successful businessman because he was lucky to have good mentors who shaped him to respect two vital values – “Integrity and Patriotism”. His name Mutenza has been associated with integrity in his circles which takes courage.

Mr. Mutenza articulates that: “building a reputation of integrity takes years, but it takes only a second to destroy, so never allow yourself to ever do anything that will damage your integrity.”

His one word of advice to those striving for a reputation of integrity is to avoid those who are not trustworthy and not make excuses for them… If someone is dishonest in any aspect of his life you can be guaranteed that he will be dishonest in many other aspects of his life,” he affirmed.

As a duty of Pana Africanism, in 2011 he championed the Uganda Convention whose main objective was to offer authoritative insight on development trends and opportunities in Uganda through a forum that bring together experts, senior government officials, business leaders, professionals and representatives from prominent organisations based in Uganda the UK, Africa, as well as internationally. Due to the western negative media, Willy felt that it is the duty of those in the African Diasporas to Control the Narrative: “Africa is the Land of Opportunity,” thus pivoting the role of the African Diaspora from family remitters to financial and social investors.

The core objective of the convention is to promote Ugandan exports and identify export opportunities: this is in order that the export earnings close the gap with the import demand and promote the transformation of Uganda from a current consuming nation into a producing nation.

In addition, the aim is to exhibit and celebrate the rich diversity of Uganda’s African cultural heritage: this will by default encourage Ugandans to be more active as ambassadors for Uganda’s image, not only in investments, but in culture – food, clothes, social life etc.

Questioned on whether businesses in Africa are doing enough to market their products and services to their nationals and other African communities in the UK, Mr Mutenza doesn’t think it is a duty for African governments to market products to their nationals in the Diaspora. Rather, it is the duty of Africans in the Diaspora to take advantage of the business opportunities and serve its Diaspora market. There is already over 100 African shops by West and East Africans importing an array of products to serve its community.

Nevertheless, Africa governments need to focus on the bigger market and improve on its competitiveness and identify the sectors where the country has the highest comparative advantages in the global value chains – this will allow for the private sector to engage with necessary investments. African countries should consider positioning themselves on product ranges that Asian markets are slowly, but surely, abandoning due to the emergence and extension of a middle class among their populations, e.g. the shoe manufacturing industry in Ethiopia, modelled on the Asian experience in this sector.

African farmers and businesses must be empowered through good policies, increased public and private investments and strong public-private partnerships. However, he also suggests that the government should give export subsidies, as well as legislating policies and incentives to cater to the demand for nostalgic products abroad and strengthen the productive capacity and quality standards in the exporting countries. Such policy initiatives are also in the interest of business links that span producers and consumers in their respective home and host countries, which will encourage their expansion into other, larger market segments.

Some African governments with significant diaspora communities in the UK are yet to fully leverage the economic benefits from their Diaspora. This requires specific policy measures for the governments to implement in order to facilitate development. Willy Mutenza argues that despite the significant contribution from Africans abroad, there are many challenges that have inhibited their effective contribution to national development.

There is a need to develop measures to enhance and also protect and support the interests of Africans abroad in such matters pertaining to immigration issues, custodial sentences, consular services, repatriation of the deceased act, high cost of remitting money, lack of incentive framework to promote Diaspora participation in national development, inadequate mechanisms for protecting Diaspora rights in the Diaspora as well as promoting their interests, untapped skills and expertise to bridge the skills gap in Africa. A reversal of the brain drain, lack of a reintegration framework of returnees, and ultimately inadequate participation in democratic processes by Africans abroad.

In addition to all the above, Willy Mutenza highly recommends that those Africans in the Diaspora who have attained Citizenship of their host country should not lose their Natural Citizenship. This seems to have become a bone of contention, with the Diaspora also claiming voting rights.

On challenges faced by the Diaspora communities which often find themselves disorganised and therefore, regularly failing to create effective platforms from which to engage their home governments and business sector: Mr Mutenza believes that people cannot seek achievement for themselves and forget about progress and prosperity for their community especially in a foreign land. He reaffirms that their ambitions must be broad enough to include the aspirations and needs of others, for the sake of others as well as their own. This is the basis of Indians and Jews which has propelled their success in foreign lands.

Creating community platforms and events probably include two of the most over-arching challenges: these being vision and community spirit; he is yet to evidence more Africans with two of these qualities. These are the basis that will solidify one’s motivation and persistence to sustain a community platform. Most community platform organisers are primarily looking for the monetary benefits, or attention-seeking. Platforms like Afford and Uganda Convention have succeeded due to the foundation principle of the founders – to serve its own people!

Probably another issue that has hindered the progress of the Uganda Diaspora is the tendency to think and live within tribal and political affiliation, where people will only support those that serves their interests.

On his biggest achievement to date, and how that has helped push his work forward: Willy narrates that for the last 20 years in business and community work he has achieved various awards which remind him that his work is paramount to the community he serves. These include:

Mr. Mutenza does not underestimate the importance of family life: Because his heavy work commitment involves a lot of travel, he hardly gets time to be with his family but he tries to enjoy every minute with them whenever he has the opportunity.

When it is all over Mr. Willy Mutenza would wish to be remembered as a patriotic African who would do anything to promote the image of Africa and its investment potential.