Africans in the diaspora routinely send money to relatives and friends at home. A new online platform makes it possible to direct some of those remittances to the entrepreneurs among them too.

Herve Tcheumeleu has lived in Germany for almost 20 years. He was caught off guard two years ago when his aunt back home in Cameroon asked him to help her buy a refrigerator so that she could start a small ice cream and water vending business. Her start-up budget was almost €1,000 ($1,186).

“I did not have that amount of money to give away,” Tcheumeleu says. After he turned to WIDU.africa — a platform developed by the German government and the African diaspora to support small businesses in their countries of origin — he was able to help his aunt with a contribution of €250.

The initiative requires 25% of the funding requested by an entrepreneur or small businesses in Africa to come from within the diaspora. The other 25% has to come from the entrepreneur themselves, and the government of Germany provides the remaining 50%. The support for could range between €500 and €5,000.

Pilot to expand for Africa

The World Bank estimates that Africans living in Germany send a total of some €1,2 billion to their home countries each year.

The German government had asked organizations representing the diaspora how best Africa could be supported.

Günter Nooke, the personal advisor on Africa to German Chancellor Angela Merkel, says a common wish was to have remittances used “in promoting economic growth, job creation and employment.”

Germany agreed and established WIDU.africa as a platform for those within the diaspora who are interested in developing the small business sector in Africa. Germany’s Federal Ministry of Economic Cooperation and Development (BMZ) provides its share of the finaning through the German development agency, the Deutsche Gesellschaft für Internationale Zusammenarbeit (GIZ).

WIDU.africa was piloted in November 2019 for Cameroon and Ghana, countries with the largest diaspora communities in Germany. In October 2020, the platform will extend to include Kenya, Togo, Ethiopia and Morocco. Angela Merkel has made multiple trips to Africa since she became Germany’s chancellor in 2005.

“Diaspora speak local languages of their countries and they know the people and businesses to be supported better than us donor countries” according to Nooke.

The WIDU.africa platform relies on African associations such as the Berlin-based Afrika Medien Zentrum, of which Herve Tcheumeleu is executive director, to ensure that WIDU.africa becomes widely known. “To the African diaspora in Germany and to the potential businesses in African countries,” he says.

The money that is channeled via WIDU.africa is monitored to ensure it is well spent. Beneficiaries have to show proof of the purchases and payments they make for their small businesses. Tcheumeleu remembers that he had to emphasize that to his aunt to avoid running into problems with the German government.

“Such initiatives are good, because most of us Africans we have tried several times to establish businesses, but we have most of the times been cheated, even by our own relatives and friends,” Tcheumeleu says. Herve Tcheumeleu (left) pictured with a Senegalese friend in Halle, Germany in 2013

Africans living in other parts of the European Union are showing interest in the German intitiative, says Tcheumeleu. Among them are Cameroonians are eager to support projects at home. That’s not possible, he says, but “it could be nice to expand this project to other countries.”

Germany sees that potential too. “There is a possibility to expand the project to other European countries such as Austria, France and Switzerland, so that it becomes a European project,” says Nooke.

As an intiative that calls for the involvement of the African diaspora in the development ot their countries of origin, WIDU.africa should be regarded as a model for development cooperation, Tchemueleu believes.

Classical donor country development aid to African countries is still important, according to Nooke, but not in “everywhere and everything.” WIDU.africa is “tailormade and well-fitted to a concrete situation on the ground.” 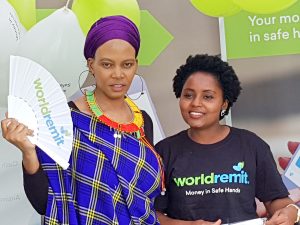 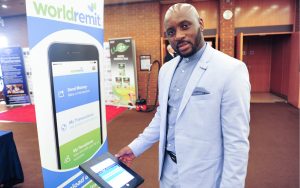 What is influencer marketing: How to develop your strategy

100+ diversity in tech communities in Europe