Lori Hall and Jessica Lane Alexander had talked about joining forces to open their own marketing firm for years. In 2020, the entertainment veterans made that dream a reality — and their timing couldn’t have been more opportune.

Hall and Alexander are the co-founders of Pop’N Creative, an Atlanta-based multicultural marketing firm. In the latest episode of Variety podcast “Strictly Business,” the two entrepreneurs address the challenges around discussions of how race, marketing and media converge at a moment of heightened awareness of systemic racial justice issues.

Hall and Alexander previously worked together as marketing executives at TV One and Turner Broadcasting. At Pop’N Creative, Hall serve as head of creative while Alexander is head of digital content and marketing.

“We have what it takes,” Hall says of the decision to launch Pop’N Creative despite the pandemic-battered economic climate. “We’re sitting here quarterbacking all these other companies, what they did right and what they didn’t do right. That was the genesis.”

The two watched with interest — and some dismay — in recent weeks as companies large and small sought to respond to the Black Lives Matter movement and the activism sparked by the death of George Floyd at the hands of police on May 25. The two were motivated to launch Pop’N Creative in part by the tone-deaf pitches they’ve sat through over the years for TV marketing and promotional campaigns.

One disturbing example the pair cited was a pitch for TNT police drama “The Closer” that included a noose made out of Twizzlers — a nod to the fact that the show’s lead character, a senior LAPD leader, was always eating candy.

Another instance that had Hall, Alexander and others shaking their heads was the title sequence pitch for George Lopez’s TBS talk show “Lopez Tonight,” with the show title coming into focus as if it were being carved out of a hedge by a landscaping tool.

“How hurtful was that, that it was supposed to be a joke,” Alexander said. “It’s way too late. We’re in 2020. (Brands) should not be falling into these stereotypes.”

Pop’N Creative formally opened its doors earlier this month. In conjunction with the launch, the company issued two resource guides for brands: one on how to respond to calls for social justice, and another on how brands can ensure that they do more than pay lip service to Black Lives Matter and other movements.

In a word, they key is transparency, according to Hall, and that starts with companies releasing their internal statistics on diversity and inclusion in their ranks.

“A lot of companies don’t want to do it because they think it will be a blemish on their perfect company persona,” Hall said. “People are not expecting perfection. We are asking for progress — progress over perfection.”

As Hall and Alexander begin the heavy lifting of building a startup, the pair jokingly agree that they didn’t know what they were getting into when they took the leap and exited TV One.

“It’s a good thing you’re super naive when you go into it. If you knew actually all the steps it takes to actually opening and sharing your business with the world, you would say no immediately,” Alexander said.

“Strictly Business” is Variety‘s weekly podcast featuring conversations with industry leaders about the business of media and entertainment. A new episode debuts each Wednesday and can be downloaded on iTunes, Spotify, Google Play, Stitcher and SoundCloud. 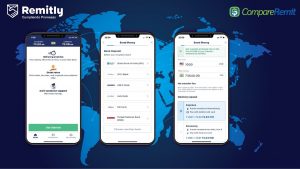 Why Advertisers Should Care About Agency Scope

We asked multicultural communities how best to communicate COVID-19 advice. Here’s what they told us