The UK app market is estimated to generate around £31 billion by 2025. Within this growing market, most of the development appears to be taking place in the capital city. However, there’s one submarket in particular which appears to be driving some of this growth –money transfer apps.

Money transfer apps are essentially e-wallets, where users can handle currencies from around the world in one place. It’s not only their convenience and swift UI design that has captured the attention of the masses though, as there’s plenty of money to be saved from their fast, frictionless currency exchanges.

Whilst there are over 100 UK apps offering such money transfer services, and with constant new entrants, a few key companies currently lead the way. Industry leaders in the UK include:

The pandemic, whilst destructive and tragic for so many, has accelerated many trends for both business and lifestyle. Not to say the trends are either good or bad, but they do exist and appear to show no signs of slowing down. Three trends in particular have been conducive to the growth of money transfer companies.

Firstly, many companies are promoting cashless payments, such as restaurants and pubs. Of course, this is for hygiene reasons to help prevent the spread of the virus. Whilst it’s met with much resistance, particularly among boomers, it’s becoming more difficult to use cash only.

Secondly, offices were advised by the UK Govt. back in March to try and work from home if possible. This was to cut down on commuters being packed in on trains, and the spread of the virus around the office. Companies have not only turned to WFH though, they’ve turned to hiring remote workers to skip out on physical recruitment entirely. This has not only led to a global market of labour, but has also meant workers are being paid in a foreign currency that they will then need to exchange.

Furthermore, companies like Transferwise are being used by small businesses to pay wages as it’s fast, secure and cheaper than a bank.

Finally, more time is being spent online during lockdown, which has opened people up to digital products. Both in terms of advertising and finding innovative methods, more people are being exposed to the efficiencies of these fintech startups. This has brought attention to money transfer apps for cross border payments, ironically, given that travelling is currently stifled.

It’s not just those cross-border debit cards that are useful for backpackers and expats though, it’s becoming an integral process for SME payments to suppliers and workers. Not only this, but Amazon and eBay sellers selling products overseas can now receive payments in a multi- currency account. These sellers are no longer hostage to the exorbitant in-built marketplace transactions.

How money transfer companies are profiting

The apps are usually free to attract customers, although some offer freemium models like Revolut. Generally, profit is made from the small margin taken on customers’ transfers. With Transferwise’s £2 billion in customer deposits for example, even a minute margin of each transfer will reap huge profits. Costs are kept below that of a bank due to a specialised, clean infrastructure, along with having zero physical branches and less regulation.

Furthermore, Trump’s stimulus package has rallied the stock market since the March crash, including these fintech companies. PayPal, for example, has been performing extremely well having doubled its value since March.

Given that many UK restaurants have been promoting cashless payments, such as paying via an app even when sat down in an establishment, PayPal transactions inevitably rise. Whilst many industries have suffered from lockdowns, it seems online payments have only grown, and fintechs are riding that wave right now.

PayPal is an odd one however, because it’s not a startup, and it’s not a currency specialist by any stretch. It’s even difficult to include them with other money transfer companies, but they are, due to being an online payment solution platform. Whilst PayPal offer terrible overseas transactions with high fees, they are convenient and can be efficient when used correctly (i.e. safe domestic sales or sending money to friends).

This is worth noting, because it highlights the other reason behind this movement: they’re not all mutually exclusive. It’s not similar to a bank account where you just have one or two. Signups take minutes, and transactions can be instant. This means that most users have various apps, and use each for a different benefit/need, or try out many until they land on one that covers all bases for them.

For example, Revolut for UK customers is flawlessly cheap but only on weekdays. When the market is closed, TransferWise may be preferred. But when investing in a property scheme abroad, World First is the best due to the large volume transaction, and maybe you prefer the dedicated account manager over at OFX for your business payments.

Revolut and the like are not only e-wallets, but they’re actually specialising more and more in international payments. This may seem obvious, but it’s something that’s a growing threat to high street banks.

Before these apps, hiring someone in Malaysia or New Zealand would be out of the question due to payment difficulties. Having to either phone up a FX branch to negotiate a decent rate, or settle for your bank branch charging an extortionate amount for sending to what they consider an exotic currency.

The globalisation of the job market, along with the gig economy (meaning fewer cross-border contracts and red tape) has facilitated this demand for one-touch international transfers using an app. Beyond the cost effectiveness of it, the apps are innovatively designed for convenience.

Further, currency strategies such as hedging have now become super accessible due to these apps. Hedging was seen reserved for large corporations protecting large amounts of money.

Now, it’s as easy as buying a USB charger on eBay. More people are getting into Options contracts, and many SMEs are making use of forwards to protect against the turbulent currency swings we’re seeing in the market 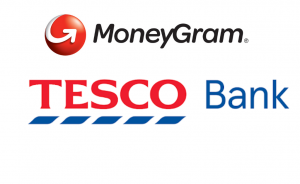 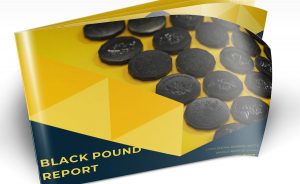