Fintech in Africa is a goldmine. Investors are betting big on startups offering a plethora of services from payments and lending to neobanks, remittances and cross-border transfers, and rightfully so. Each of these services solves unique sets of challenges. For cross-border payments, it’s the outrageous rates and regulatory hassles involved with completing transactions from one African country to another.

Chipper Cash, a three-year-old startup that facilitates cross-border payment across Africa, has closed a $100 million Series C round to introduce more products and grow its team.

It hasn’t been too long since Chipper Cash was last in the news. In November 2020, the African cross-border fintech startup raised $30 million Series B led by Ribbit Capital and Jeff Bezos fund Bezos Expeditions. This was after closing a $13.8 million Series A round from Deciens Capital and other investors in June 2020. Hence, Chipper Cash has gone through three rounds totaling $143.8 million in a year. However, when the $8.4 million raised in two seed rounds back in 2019 is included, this number increases to $152.2 million.

Chipper Cash was launched in 2018 by Ham Serunjogi and Maijid Moujaled. The pair met in Iowa after coming to the U.S. for studies. Following their stints at big names like Facebook, Flickr and Yahoo, the founders decided to work on their own startup.

Last year, the company, which offers mobile-based, no fee, P2P payment services, was present in seven countries: Ghana, Uganda, Nigeria, Tanzania, Rwanda, South Africa and Kenya. Now, it has expanded to a new territory outside Africa. “We’ve expanded to the U.K., it’s the first market we’ve expanded to outside Africa,” CEO Serunjogi said to TechCrunch.

In addition and as a sign of growth, the company, which boasts more than 200 employees plans to increase its workforce by hiring 100 staff throughout the year. The number of users on Chipper Cash has increased to 4 million, up 33% from last year. And while the company averaged 80,000 transactions daily in November 2020 and processed $100 million in payments value in June 2020, it is unclear what those figures are now as Serunjogi declined to comment on them, including its revenues.

When we reported its Series B last year, Chipper Cash wanted to offer more business payment solutions, cryptocurrency trading options and investment services. So what has been the progress since then? “We’ve launched cards products in Nigeria and we’ve also launched our crypto product. We’re also launching our U.S. stocks product in Uganda, Nigeria and a few other countries soon,” Serunjogi answered.

Crypto is widely adopted in Africa. African users are responsible for a sizable chunk of transactions that take place on some global crypto-trading platforms. For instance, African users accounted for $7 billion of the $8.3 billion in Luno’s total trading volume. Binance P2P users in Africa also grew 2,000% within the past five months while their volumes increased by over 380%.

Individuals and small businesses across Nigeria, South Africa and Kenya account for most of the crypto activity on the continent. Chipper Cash is active in these countries and tapping into this opportunity is basically a no brainer. “Our approach to growing products and adding products is based on what our users find valuable. As you can imagine, crypto is one technology that has been widely adopted in Africa and many emerging markets. So we want to give them the power to access crypto and to be able to buy, hold and sell crypto whenever,” the CEO added.

However, its crypto service isn’t available in Nigeria, the largest crypto market in Africa. The reason behind this is the Central Bank of Nigeria’s (CBN) regulation on crypto activities in the country prohibiting users from converting fiat into crypto from their bank accounts. To survive, most crypto players have adopted P2P methods but Chipper Cash isn’t offering that yet and according to Serunjogi, the company is “looking forward to any development in Nigeria that allows it to be offered freely again.”

The same goes for the investment service Chipper Cash plans to roll out in Nigeria and Uganda soon. Presently, Nigeria’s capital market regulator SEC is keeping tabs on local investment platforms and bringing their activities under its purview. Chipper Cash will not be exempt when the product is live in Nigeria and has begun engaging regulators to be ahead of the curve.

“As fintech explodes and as innovation continues to move forward, consumers have to be protected. We invest millions of dollars every year in our compliance programs, so I think working closely with the regulators directly so that these products are offered in a compliant manner is important,” Serunjogi noted.

During our call, Serunjogi made some remarks about Nigeria’s central bank that resemble comments made by Flutterwave CEO Olugbenga Agboola back in March.

While acknowledging the central banks in Kenya, Rwanda and Uganda for creating environments where innovation can thrive, he said: “Nigeria has probably the most exciting and vibrant tech ecosystem in Africa. And that’s credit directly to CBN for creating and fostering an environment that allowed multiple startups like ourselves and others like Flutterwave to blossom.”

Most fintechs would argue that the CBN stifles innovation but comments from both CEOs seem to suggest otherwise. From all indications, Chipper Cash and Flutterwave strive to be on the right side of the country’s apex bank policies and regulations. It is why they are one of the fastest-growing fintechs in the region and also billion-dollar companies.

“Obviously, we’re not getting into our valuation, but we’re probably the most valuable private startup in Africa today after this round. So that’s a reflection of the environment that regulators like CBN have created to allowed innovation and growth,” Serunjogi commented when asked about the company’s valuation.

Up until last week, the only private unicorn startup in Africa this year was Flutterwave. Then China-backed and African-focused fintech OPay came along as the company was reported to be in the process of raising $400 million at a $1.5 billion valuation. If Serunjogi’s comment is anything to go by, Chipper Cash might currently be valued between $1 billion-$2 billion thus joining the exclusive billion-dollar club.

But to be sure, I asked Serunjogi again if the company is indeed a unicorn. This time, he gave a more cryptic answer. “We’re not commenting on the size of our valuation publicly. One of the things that I’ve been quite keen on internally and externally is that the valuation of our company has not been a focus for us. It’s not a goal we’re aspiring to achieve. For us, the thing that drives us is that we have a product that is impactful to our users.”

Serunjogi added that this investment actualizes the importance of possessing a solid balance sheet and onboarding SVB Capital and getting existing investors to double down is a means to that end. According to him, a strong balance sheet will provide the infrastructure needed to support key long-term investments that will translate to more exciting products down the road.

“We look at our investors as key partners to the business. So having very strong partners around the table makes us a stronger company. These are partners who can put capital into our business, and we’re also able to learn from them in several other ways,” he said of the investors backing the three-year-old company.

Just like Ribbit Capital and Bezos Expeditions in last year’s Series B, this is SVB Capital’s first foray into the African market. In an email, the managing director of SVB Capital Tilli Bannett, confirmed the fund’s investment in Chipper Cash. According to her, the VC firm invested in Chipper Cash because it has created an easy and accessible way for people living in Africa to fulfill their financial needs through enhanced products and user experiences.

“As a result, Chipper has had a phenomenal trajectory of consumer adoption and volume through the product. We are excited at the role Chipper has forged for itself in fostering financial inclusion across Africa and the vast potential that still lies ahead,” she added.

Fintech remains the bright spot in African tech investment. In 2020, the sector accounted for more than 25% of the almost $1.5 billion raised by African startups. This figure will likely increase this year as four startups have raised $100 million rounds already: TymeBank in February, Flutterwave in March, and OPay and Chipper Cash this May. All except TymeBank are now valued at over $1 billion, and it becomes the first time Africa has witnessed two or more billion-dollar companies in a year. In addition to Jumia (e-commerce), Interswitch (fintech) and Fawry (fintech), the continent now has six billion-dollar tech companies.

Here’s another interesting piece of information: The timeframe at which startups are reaching this landmark seems to be shortening. While it took Interswitch and Fawry 17 and 13 years respectively, it took Flutterwave five years; Jumia, four years; then OPay and Chipper Cash three years.

We reached out to the VC firm for comment regarding Chipper Cash’s valuation. 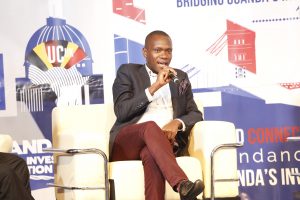